In his studio, Albert Westerhoff (Groningen, 1979) tries to rediscover the pleasure he once had with toys. At that time, a lot of his toys were destroyed as he tried his best to construct new figures. Fortunately, he is more skilled now. In essence, his sculptures are assemblages; Westerhoff collects kitsch, art, and toys. Of these, he makes moulds, so the fragments can be cast in wax. These wax fragments are assembled into a new image, that is given its final shape in bronze.

The figures are compositions both physically and in character. They are not yet individuals, but rather empty shells, masks, facades, looking somewhat desperately for an identity. Albert Westerhoff freezes the figures right in the middle of this quest: they are caught in metal during their adventures.

Work by Albert Westerhoff is shown on This Art Fair by galerie with tsjalling, at booth G13. 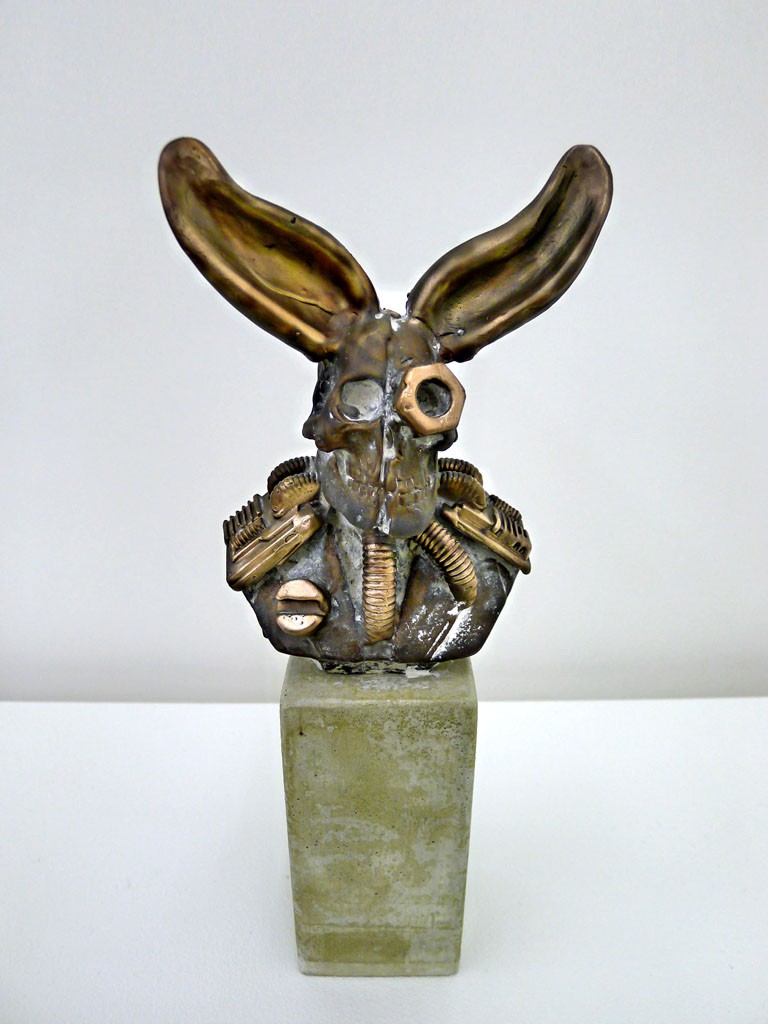