3 artists about their This participation

“I have concluded that This Art Fair is the place to be. The fair was just a really nice happening,” said Bas Kosters, participant in This Art Fair 2021. The next edition of This will take place from 1 to 4 July 2022, just like last year in the Kromhouthal in Amsterdam-Noord. Artists can register for a stand until 28 February. We asked a number of This 2021 participants about their experiences.

Benjamin Li (36, Rotterdam) tells us why he participated in This 2021: “I wondered how the public would react to my work. I have a distinct visual language and I show techniques that are not often used in art; puzzles are seldom seen in museums or galleries, and I was the only one at the fair with a stamp.” Was the fair a success for him? “There are many ways to be successful. Financially I had a very good fair, also because I offered mugs and fortune cookies as a kind of merchandise.” But selling was not Benjamin’s main goal. He mostly wanted to increase his (online) visibility and make new contacts, and he succeeded. For example, an art advisor from a ministry showed an interest in his work. Such encounters may not immediately lead to a sale, but they can open doors.

After the original plans of Floor Snels (24, Rotterdam) could not be realised, she entered into a last-minute collaboration with performance trio Bits and Pieces. “A fair is about you, showing yourself and selling yourself, and that doesn’t suit me. That is why we decided to document the fair in our own way through performances and actions instead.” What was it like to participate in an art fair as a performance artist with no work to sell? “It has been successful for me because, despite the fixed booths of a fair, I was still able to move freely. I was given the space to dance, crawl, roll, film and talk all over the floor. By collaborating, I have mastered a whole new way of working.”

Many people know Bas Kosters (44, Amsterdam) as a fashion designer, however, “for the past four years I have been running more of an autonomous practice, combining all kinds of art and design projects.” He has little experience with art fairs. His goal was therefore to create a new network of collectors, customers and fellow artists. It was a little scary to do something new and see if there was an audience for it, but he looks back with great satisfaction: “The fair was very successful for me in several areas. While I often found the fashion fairs I attended a bit depressing, I actually found This very inspiring.” 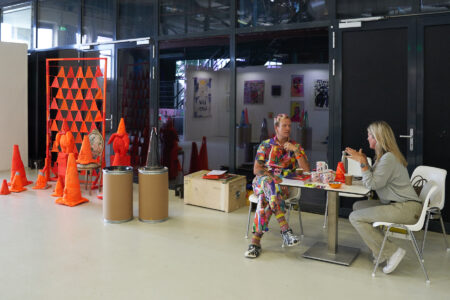 Manning your own booth

What makes This Art Fair different from other art fairs is the principle that artists are present themselves, without the intervention of galleries. Benjamin: “It’s the ideal way to present your work if you don’t have a gallery: accessible and affordable. Manning your own booth for four days is super scary, but you also learn a lot; not only about the people who visit your booth, but also about yourself.” Bas Kosters had a duo booth together with Preta Wolzak. He is eager to participate again this year, but this time completely independently. “I think I can make my own voice heard even more that way.” Because artists are there themselves, there is a lot of contact between them; something that pleased all three participants. “The other artists are really friendly, open, not pretentious,” according to Floor. Bas experienced “a sense of camaraderie.” 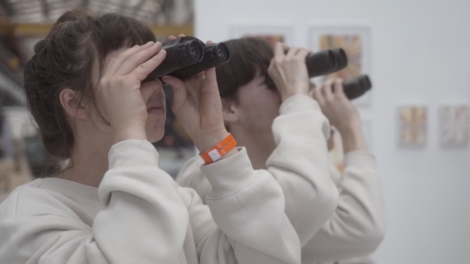 Preparation for the fair

The registration costs can form a barrier, especially for young, starting artists. According to Bas, participating is always a risk, because you don’t know whether you are going to sell something. “But if you can afford it, it’s a great opportunity to participate in a really cool initiative.” He also finds it nice that there are no galleries involved to pay commission to. Benjamin: “The registration costs are not too bad if you also see the side program as part of your development. With this, they not only prepare artists for the fair, but they also show what being an artist entails.” This side program is an important part of the preparation for the fair. This year, too, there is a coaching program for participants in collaboration with the LAM Museum.

Benjamin Li concludes with good advice: “Think very carefully about what you want to achieve. Putting up works is easy, but selling them is difficult. Pay a lot of attention to good materials and details, frame your work well. You’ll see that visitors will appreciate it.”

Floor Snels adds: “Stay true to yourself. Try to transport your studio into your booth at the fair and present yourself as honestly as possible. 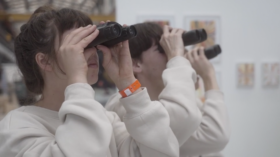