Casper Warmoeskerken (1977) was educated at the Royal Academy of Art in The Hague.

On his large canvases, he paints characters from Hip-hop and street culture, with the slow regard of fine art, realistically and life-size. By lifting these characters from their original context and placing them in the slightly surreal settings of his paintings, their attitudes and expressions take on a different meaning. This makes viewers question their own attitude towards the subjects on the canvas. Something that is essential to the work is the contrast between the often harsh and impersonal world depicted and the personal and engaging painting style of the artist.

In 2009 and 2012 Warmoeskerken’s work was nominated for the Royal Award for Painting. 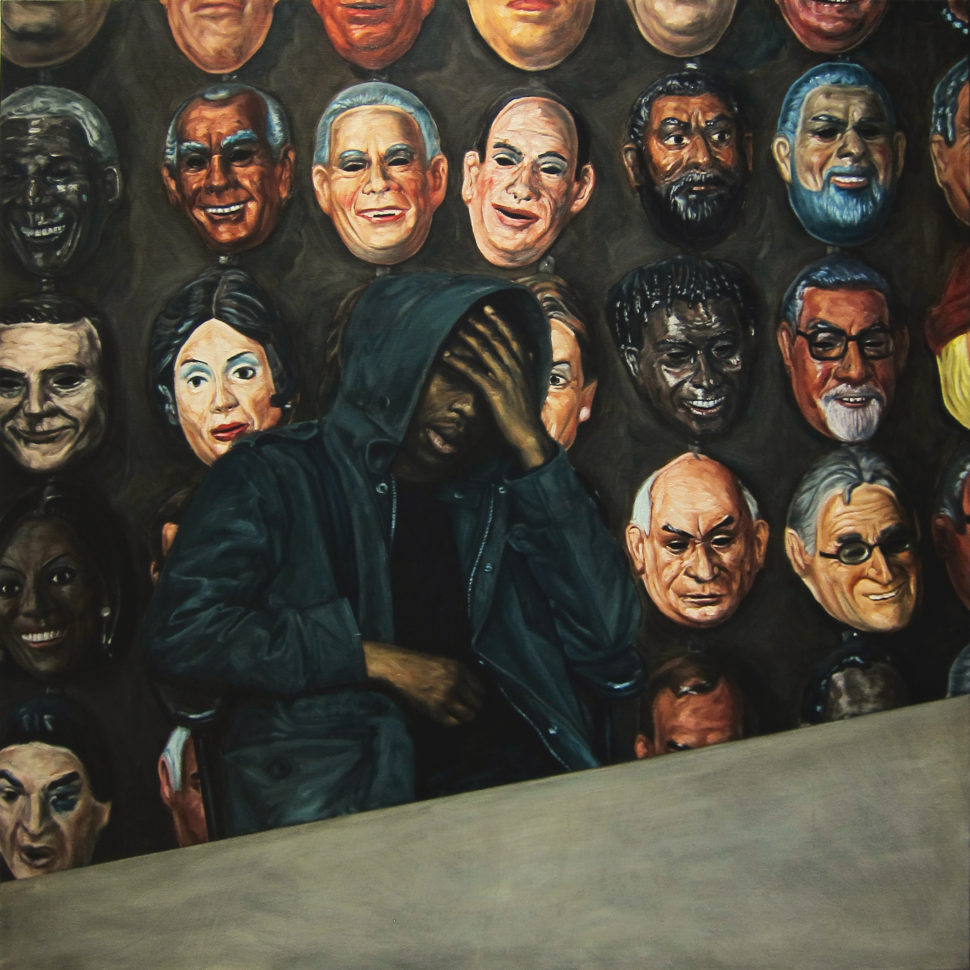