The art of Pixação is exclusive to Brazilian metropolises: critical graffiti, usually in inaccessible and dangerous urban areas and directed against the establishment. Angered by the pervasive corruption and the income inequality, self-taught and often economically marginalized youths are not afraid to take risks in order to represent the invisible and voiceless residents of their vulnerable neighborhoods. Although Brazil decriminalized street art in 2009, pixo is still punishable by law. As Cripta Djan once said: ‘the pixador is one of the most legitimate artists because he is not after financial gain – we risk and spend but often gain nothing’.

Cripta Djan, born Djan Ivson in 1984 (São Paulo), started to pixar in 1996 aged 12 when he joined Cripta, one of the local gangs to which he still belongs today. He is one of the pioneers of escalada: free climbing to the top of 20 story skyscrapers without safety equipment to leave his mark on previously untouched surfaces across the city.

Cripta Djan’s works provide a critical narrative on the cultural, socio-economic and artistic value of pixação. His repeating motifs, consisting of geometric letters and scriptures, will always carry social meaning but have developed themselves into a form of art through which he communicates. His work is part of La Biennale d’Architectura in Venice this year as well as being shown in galleries in Brazil, New York, Spain, United Kingdom and now Amsterdam. 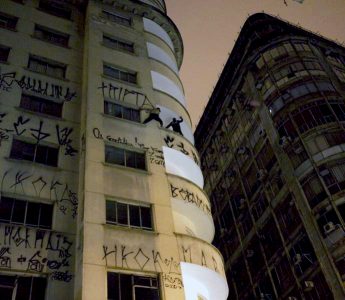 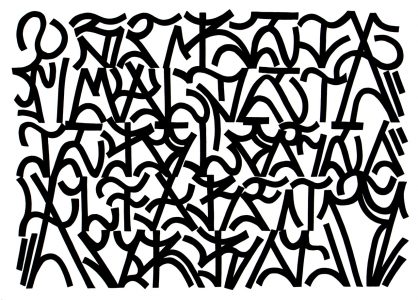 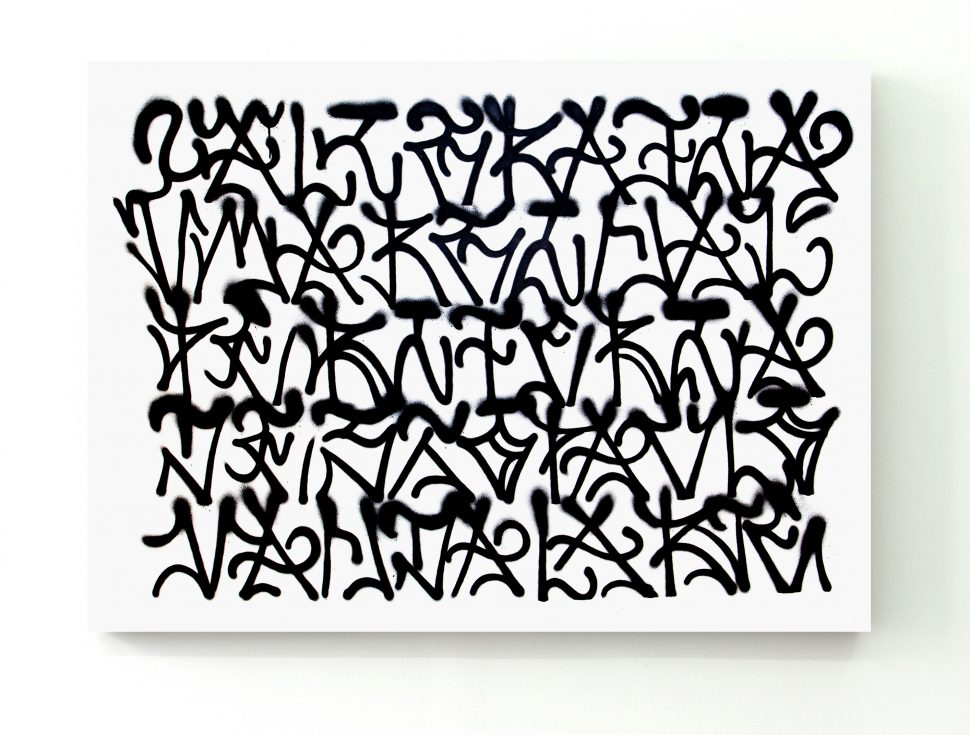