A revolution of sorts

The revolutionary aspect doesn’t so much lie in the outcome of the practice, after all economic forces will encapsulate anything created by the artist no matter its materiality or lack thereof. Even ideas can and will be turned into commodities. Thus, the necessary change needed to shift from an art practice drenched in marketability towards one that transcends such notions lies in the alteration of the structures comprising the creative process itself and its strong focus on the individual. This however should not be confused with a rejection of autonomy nor is it a call for rigid forms of collectivity.

A new kind of artist is needed if the artworld wants to be more than a grotesque caricature of the world outside its borders. The all-too-common hypocritical tendencies among even the most critical of artists are plain to see, branding mechanisms make celebrities out of them, whether they like it or not. They are swallowed up and consequently made harmless by the status quo. What we need is a radical shift in our perception of the act of creation.

One way to accomplish this is to work towards an environment of fluid collectivity. In this particular environment different individual positions meet, mingle and face off. In doing so a critical mode of being on both a theoretical and a practical level is essential. Principles and assumptions, on artistic as well as ethical grounds, are subjected to different modes of making, thinking and being. Thus, assuming this way of collectiveness undermines autonomy, as recurring criticism has suggested, can be considered shortsighted. It’s precisely this notion of constant interaction between individuality and collectivity that establishes a sharpening of the individual, autonomous position. The autonomy is not so much present in the creation of identifiable art objects, but is being developed within the collaboration, during the process and with the necessary sensibility towards the given context. Instead of thinking of the outcome as art objects, they can be viewed as artefacts. Both meanings of the word resonate in this new context: an object of cultural interest devoid of authorship (albeit without the archeological aspect) and the modern notion of an error in the sense that this way of working invigorates serendipity. Also, the fluid collective framework can overall be regarded as an error in the current system as repressive demands for authorship, ownership, recognizability and other matters of the ego naturally lose their urgency. 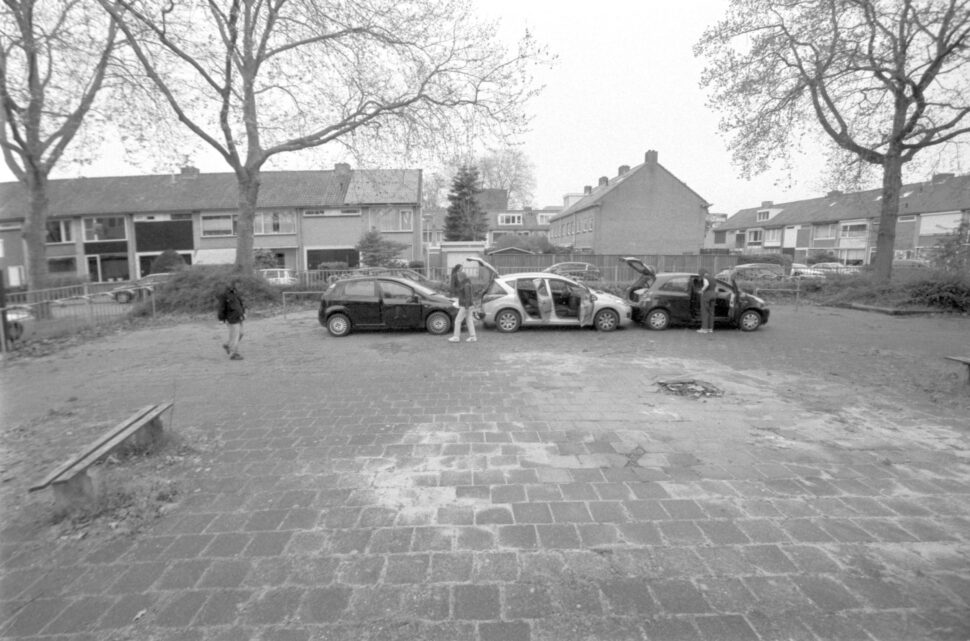 Prev Next
Seeking new ways of behaviour in urban areas.
2019