‘To Make Ends Meet’ is a kinetic donut-shaped body-sculpture which, when moved by human locomotion, can roll in an eternally looping circle. The donut vehicle is part of a series of works presented in six short films titled ‘How to Make a Living’. Initially conceived as a performance piece, the donut rolled its first circles during the Comfort Zones solo-exhibition around the circular Art Chapel Amsterdam space in 2019. Currently, a special donut-transport-trailer is being built so the sculpture can easily be toured, rolling around various locations. Later, it can then be used as a caravan to stay overnight or even to live in. 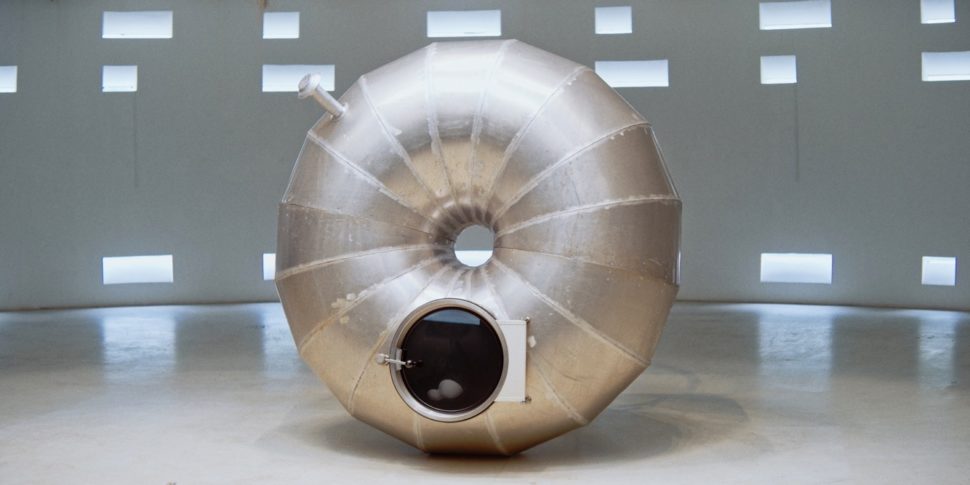