Mutations of the productive apparatus generate new forms of corporate organization, heading towards an automation of workers management and a more decentralized division of labour. From animal behaviour to cellular development, contemporary structures lean towards emulating biological patterns of (self)-organization.

Driven by the promises of a prosperous future, forced-entrepreneurs form a flexible swarm, a connected organism that is permanently on-call. Tasks are distributed through a network of autonomous agents, fully-adaptable to span into variable environments and to reach their optimal efficiency. A permanently temporary labour force is growing at the edge of chaos, operating on the threshold of an unstable system.

Ant Drop Ant is an attempt at understanding relations between technology and labour organization through the development of crowd simulations materializing inherent structural patterns of such precarious ecosystems. Distributed in three channels, the video installation puts in dialogue different perspectives of the simulation, building up alternative narratives and parallel realities. 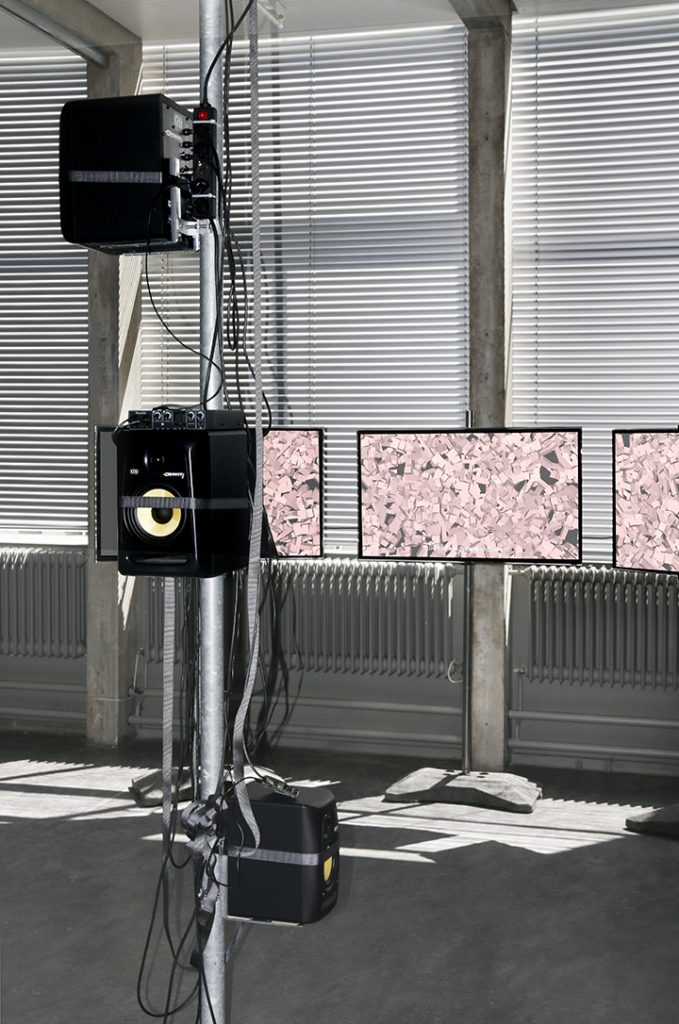