The installation STATIONERY STORE consists of around 500 ceramic objects, made out of 250 kg of clay. For 17 years this has been in a storage, waiting to be seen by the public. It is the result of Marroquin’s visit to The European Ceramic Work Centre in Den Bosch in 2001 when he, among other well-known artists, was invited for a residency. Aiming at great volume, he devoted three months making as many ceramic office supplies as possible. You’ll find different sizes and forms of paper, letters, notes, post-its, paper-clips, book-markers, clipboards, alphabet letters, symbols, stamps, envelopes, pencils and rulers.

Acknowledged worldwide for his video art, Raul Marroquin was one of the first artists using this medium in the early 1970s. Born in Bogotá, Colombia, he came to study at the Jan van Eyck Academy in Maastricht. He was heavily involved with the Fluxus and conceptual art movement of that time. He published one of the first artist magazines (Fandangos) in the world, made a live satellite project between New York and Amsterdam and produced live radio (Hoeksteen) and television shows.

His single-channel works, objects, composites and installations are part of many private and public collections in Europe, the Americas, Australia and the Far East, including Stedelijk Museum in Amsterdam, MoMA in New York, Museo de Arte Contemporaneo in Bogotá and Museo Reina Sofia in Madrid. 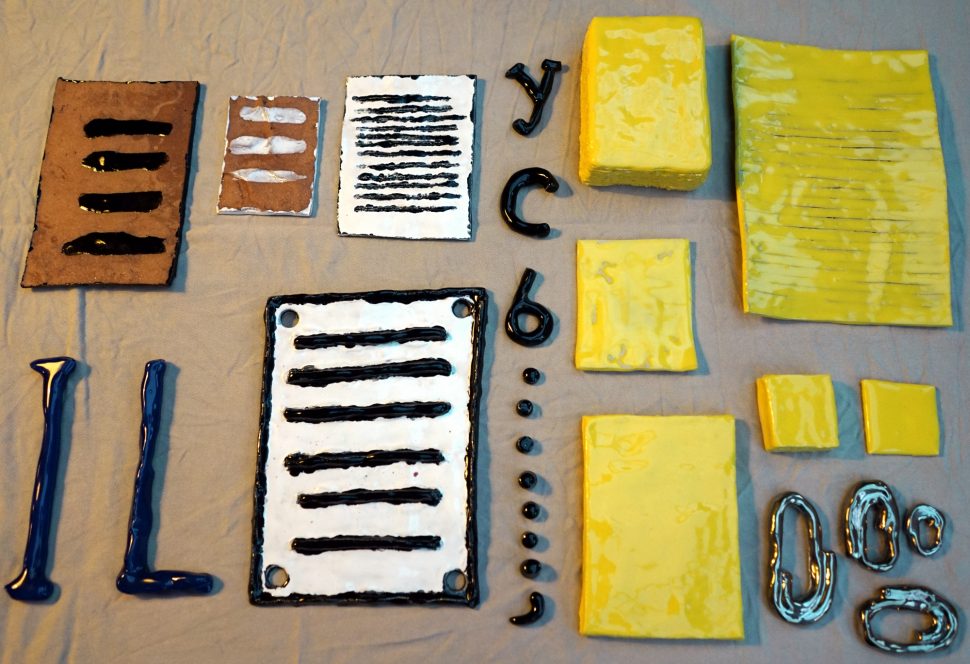