Big Problems Small Paintings is a series of small oil paintings (ca. 9 x 12 cm) in which Rini Brakkee tries to make sense of the world. Categorizing problems and painting them on such a small scale makes them literally and figuratively easier to handle. Plastic pollution, forest fires and animal cruelty don’t speak highly of the state of the world, nor for its dominating species. But these paintings are objective; they show what is there in the world, not ugly, maybe even beautiful. Like prehistoric peoples painted bison in a cave, ancient Greeks told stories of the Gods on mount Olympus, and how anyone can make a fire out of unwanted things; this is how Rini Brakkee creates small paintings.

Rini Brakkee’s other works are also about making sense and giving meaning. Her art switches and makes connections between the cerebral perspective of the universe, in which we are less than a speck of dust, and the physical human perspective in which “I” is all there is. Being human, and being capable of switching perspectives, poses the problem of how to unite these perspectives into one worldview, and a meaningful life. This problem is an ongoing inspiration. 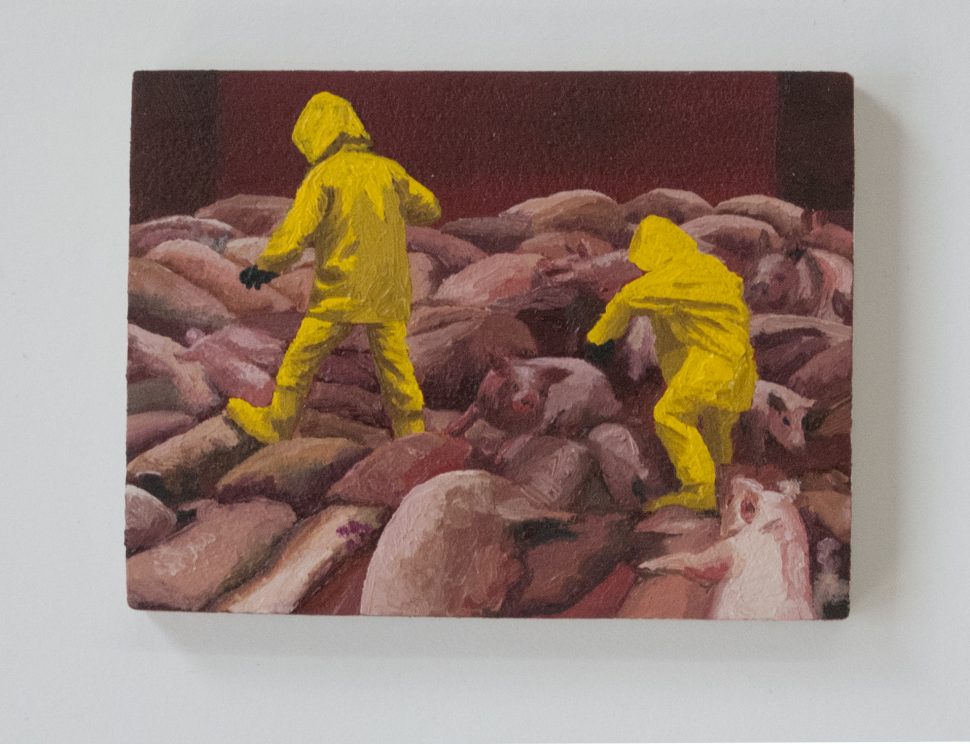