I used to dance a lot
Performance, video still

Text: The idea of this project was born with the aim of creating during these unpredictable times, different individual sound installations/ videos/ musical pieces and performances which will be part of a series entitled The#sketch#loop#series#project, which wants to represent this forced period of stalemate in which each of us, even unwillingly, had to get back into the game by re- evaluating not only the present but also the past and the future.

Investigating through the lines of time, I refer to some experiences that have influenced the path of my existence, questioning the crucial points related to lived facts and new facts that contain political and socio-cultural contents relevant to me.

Through research-based on a methodology (under development) which consists of research through books dealing with neuroscience and philosophy, I’m investigating on a particular memory that I would like to paint the mood of my videos, reconstructing the atmosphere that portrays me as a child, alone, in front of a mirror.

“I imagined an attentive and close-knit audience applauding at the end of each of my performances. I remember that feeling well, and I was excited to think that someone had seen and applauded me one day, so even if there was no possibility of performing in my underwear with the song by Madonna la “Isla Bonita”.

Reflecting on this memory that maybe many people have in common, leaving out whether it was educational or not, I wonder where the need leads us to imitate what we see on the screen comes from? What has changed today? Based on these questions, how can I, as an artist, develop a theory based on my memories and testimonies of others to create a work that can somehow revive the viewer in front of that state of mind trying to understand how our brain works.

From this assumption, I draw inspiration to realize different videos and music to create an archive that looks like a medical record, and with the research through the details, I will elaborate on personal conclusions. 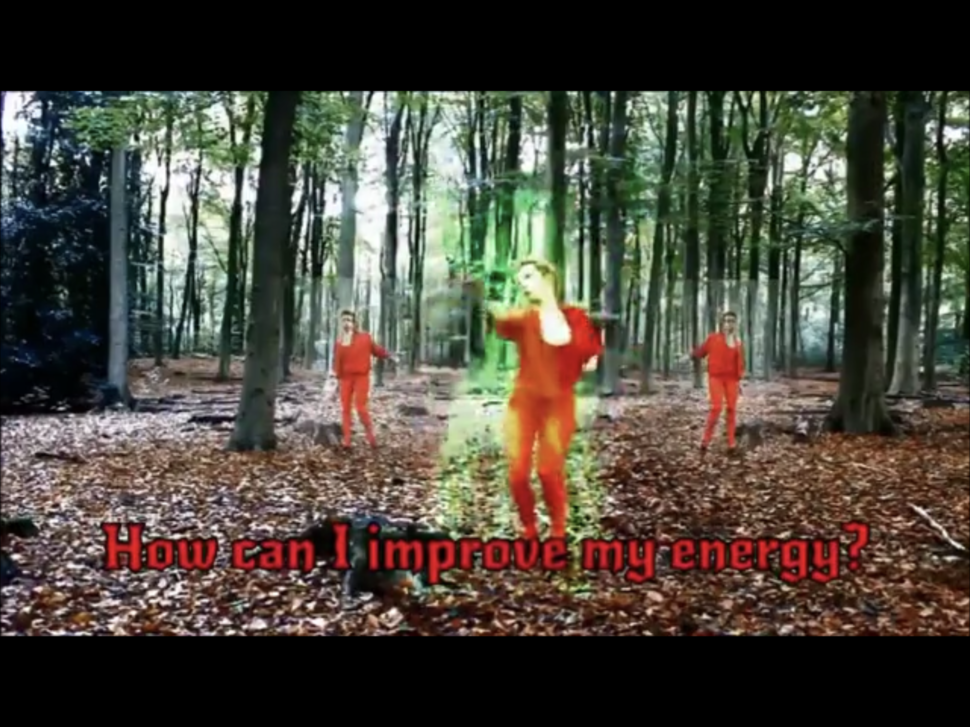 Prev Next
I used to dance a lot
Performance, video still