Simone Hooymans lives in Norway and creates drawings, paintings, and animations. She uses various materials such as ink, pen, acrylic paint and charcoal. Her work plays with the thought of other possible worlds or worlds within worlds. Although her Norwegian environment is palpable in her works, they resemble dream-like conditions. Wild animals play an important role; they represent nature in its purest form and exhibit a raw strength and adaptability.

Hooymans often paints a mixture of animal and human being. Her interest is to examine how “human” animals are, and how “beastly” human beings are. By adding unnatural elements to the animals, she plays with the human influences and views on the world’s fauna. Hooymans is in a quest to explore how we relate to this, through different emotional states, such as harmony and fear. 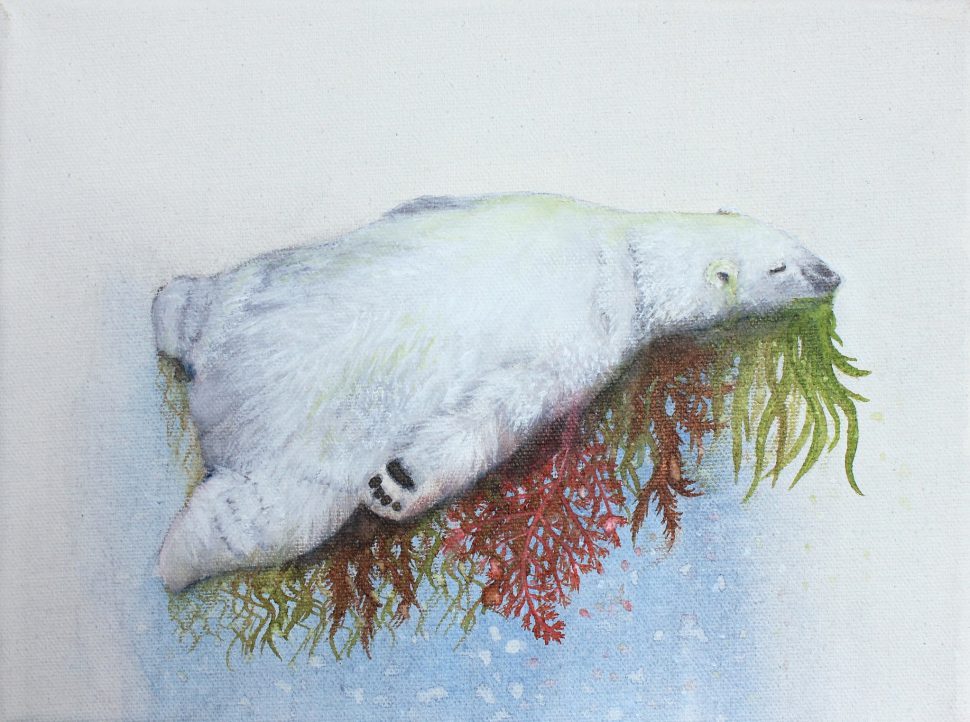