The keepsakes
By Lotte van Geijn

Annemarie Vink is an observer. It seems she prefers to record a situation before participating in it. By focussing on day-to-day habits she reveals their beauty. The youngster is looking over his newspaper with, next to him, a cup of coffee, every morning: same time, same place. It is within this repetition that small differences appear: the illumination angle changes slightly and he is wearing different clothing, but his body language remains the same. Vink catches the moment in an attempt to keep the memory alive. She is inspired by the attitude of documentary makers and autobiographers rather than authors of fiction. The settings of her paintings aren’t theatrical, but found compositions in her everyday surroundings. Even though she has changed her environment, by taking part in a residency in Leipzig, her subject remains the same. It is within the layers of history that she tries to catch the sensations of emotions such as excitement, nostalgia, recognition and joy.

It is not uncommon that she recoats older paintings several times. And a newfound object, as a plant or a chair, is easily combined with an old blanket from her mother. It is like within a dream, which shakes up the chronological order of memories, of the keepsakes. She saves unfinished pieces in her paintings and leaves it to our brain to fill in the gaps. Ordinary life seems boring at first sight, but nothing could be further from the truth. When you look closer at Vink’s paintings, cheeky details strike out and tickle the imagination of future events. Sexy camisoles and workwear are waiting to be worn, a razor blade in a bathroom could just have smoothed a chin and maybe they have deliberately saved the dishes for later. 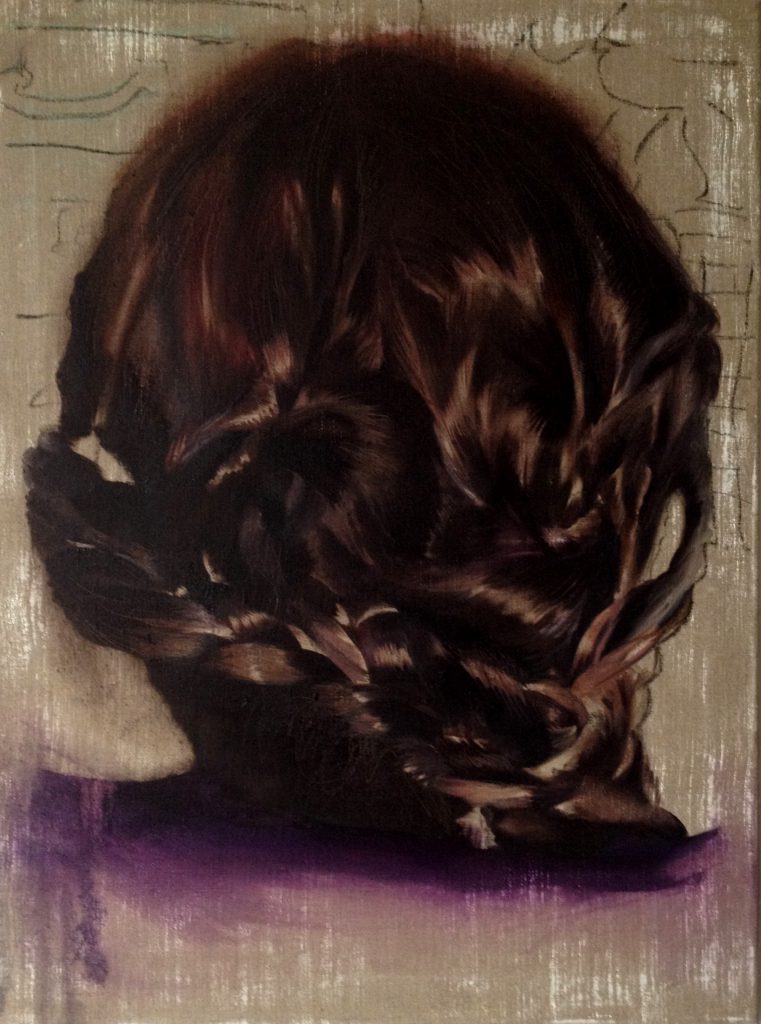 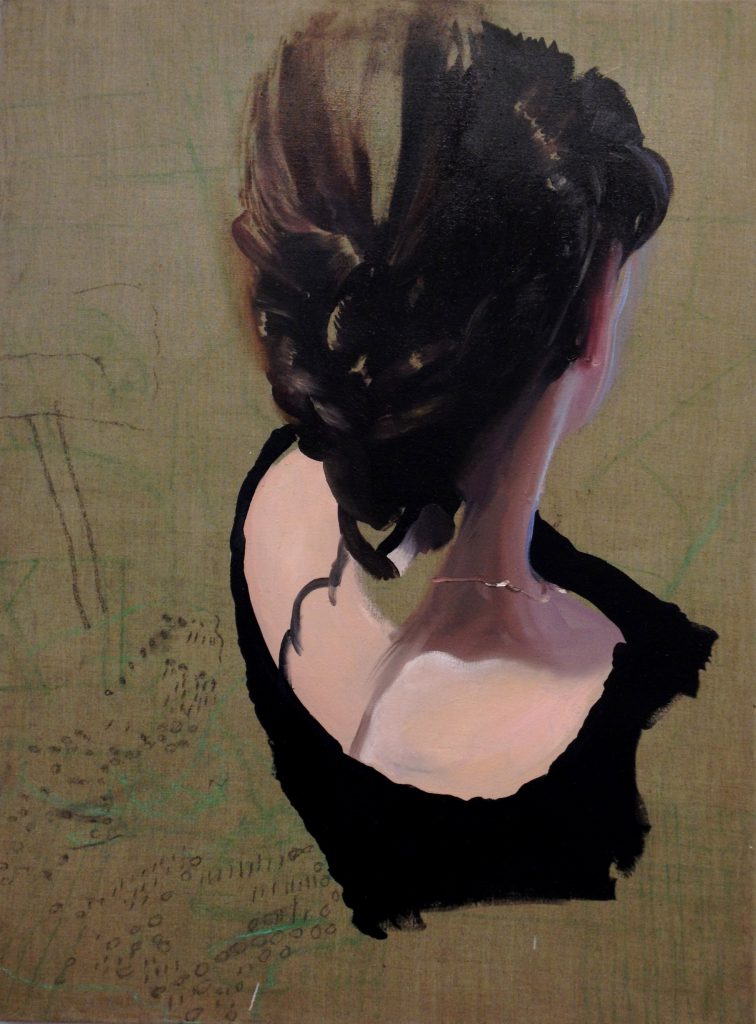 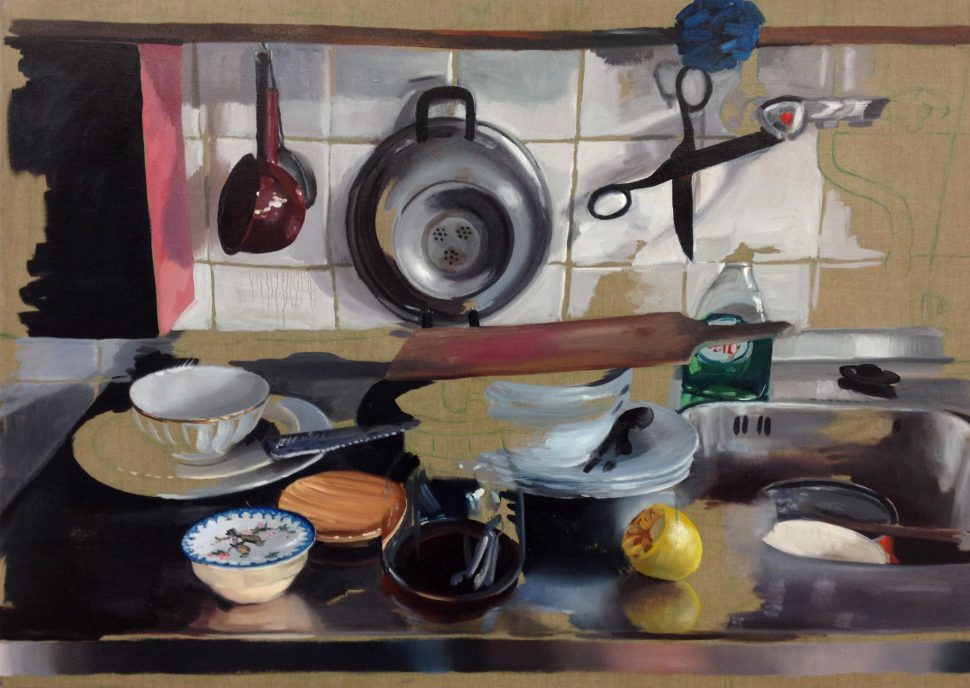